When You Go to a Baby Shower and the Mom-to-Be is a “B” Word.

So I am invited to a baby shower from a girl at work to someone I don’t know. I say I’m gonna go at the time, but Sunday creeps up and I’m like nahhh, don’t even know her. I’m running errands with the fam anyways and have stuff to do when I get home. I get a text from my sister (who was also invited) that no one came. She wasn’t going to go either but the girl supposably bought her Lyft.

So she texts me that supposably no one showed up! Ok, so now I’m really sad because I would feel just awful if no one showed up to my baby shower. So I’m out with the family, and I run to dollar store real quick to grab a baby shower bag and some tissue paper. I also grab a few cute items from the baby section. I run home and collect all my doubles that I course will need at a later time, but this girl has nothing!! So I will make it work.

I show up and no one is there, except the girl throwing it and my sister. I’m excited for her to look through my bag of goodies including almost too small diapers for my bubs, soap, washcloths, formula (just in case), baby book, wipes, pacifiers. Anåything I had doubles of.

I get there and she had already opened all the others. She literally takes off the top layer of my bag and throws it to the side. I tell her there are more goodies in the bottom that I wrapped in the bundles of baby clothes. Really cute baby clothes that my bubs had just grown out of. Im taken back but I understand she may be upset that no one showed. I’ll let that go. Then we start talking. She goes to the room and starts showing us all her gifts…. and that’s where i’m a little jealous but also happy for her. It’s all so cute. I mean her take home outfit was couture from Itty Bitty Toes. A $500 bejeweled baby outfit, with matching bib and shoes. Kind of like this one.

Ok, so I’m jealous to say the least. But happy for her. I could never spend that much on a baby outfit. I would be scared to put it on them or even wash it. Soooo… She has two of them. Lol. Very cute, love it. That’s fine.

She has everything I have but tons more. She’s showing us all the expensive clothes. She shows me a black outfit with butterflies and skulls. It’s adorable. I ask her where she got it? I wanted to get it for Bubbies. You know what she says?

And she says, “It was very expensive.”

Then goes on to show the other clothes. Ummmm….. excuse me??? Like I dropped everything to come over here, to a party for a pregnant woman I don’t even know, gave you stuff you didn’t need, sacrificing my stuff. Then you tell me it’s pretty much too expensive for me and move on. BITCH. So f***** rude to say the least. So yeah, that whole event bothered me for weeks. I came home feeling like total shit, and I looked at my baby’s stuff and felt like the worst mom in the world…. I mean her stuff was so nice. She wasn’t sick like me, said she puked 2x her whole pregnancy. Then guess what? I find out later she was breastfeeding no problem, with no issues. After she said she wasn’t sure if she would and may do formula.

Any moments like this where you did so much for someone and they just seem so unappreciative?

Thousands Already Downloaded this App That Teaches Kids About Money and Here’s 11 Reasons Why You Should Too!

To hell and back… my journey with the life-threatening, pregnancy joy killer, Hyperemesis Gravidarum.

I'm a rude, crude, crass, lass of 2. I live with my girls, my fiance, 2 dogs, and 1 cat in Arizona. I have struggled with addiction, eating disorders and life in general. But I now get high on life and motherhood. 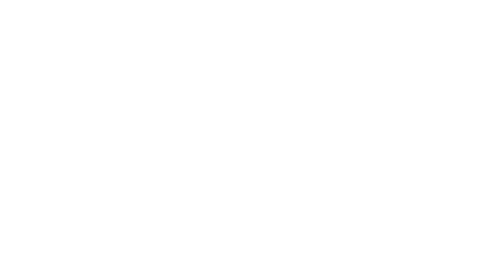 Where Am I Now?

On Lock Down, Mesa, AZ, USA

4/6/20 - I hope everyone is hanging in there with COVID-19. I wish good health to anyone who is dealing with the virus, or has family members struggling. Well wishes and best of luck to all. Let's beat this and stay safe!

Check out my memorial page of loved ones lost by addiction here, which now includes my dad. :(